Heather Gunn-LaBrie is still paying off a surprise $5,000 Bell bill for long distance and talk minutes charges, racked up by her 16-year-old son late last year.

“It is the most horrific feeling,” said Gunn-LaBrie who lives in Edmonton and shares a small business wireless plan with her son and husband.

“This is an obscene amount of stress put on my family.”

A newly released survey commissioned by the CRTC — Canada’s telecom regulator — suggests many Canadians struggle with surprise wireless charges. Of 1,152 wireless customers surveyed by phone in September, 24 per cent said they experienced bill shock within the past year. That number climbed to 29 per cent for those with shared plans.

Gunn-LaBrie and some other parents recently hit with big wireless bills argue there should be more protections in place to help curb runaway charges, especially when sharing plans with minors.

The CRTC has implemented regulations to help protect customers from mounting data and roaming fees. However, when it comes to texting, or — in Gunn-LaBrie’s case — long distance and talk minutes charges, the same regulations don’t apply.

Gunn-LaBrie’s troubles began when, from mid-October to early December, her son ran up $6,774 in charges, largely for long distance calls to his girlfriend who lives 150 km from their home in Edmonton.

Bell initially forgave $521 of the amount. It then kicked in another $1,163 after Gunn-LaBrie filed a complaint with the Commission for Complaints for Telecom-Television Services — a telecom watchdog.

She’s paying down the remaining $5,090 in installments because that’s all she can afford.

“It’s just a huge weight sitting on us.” 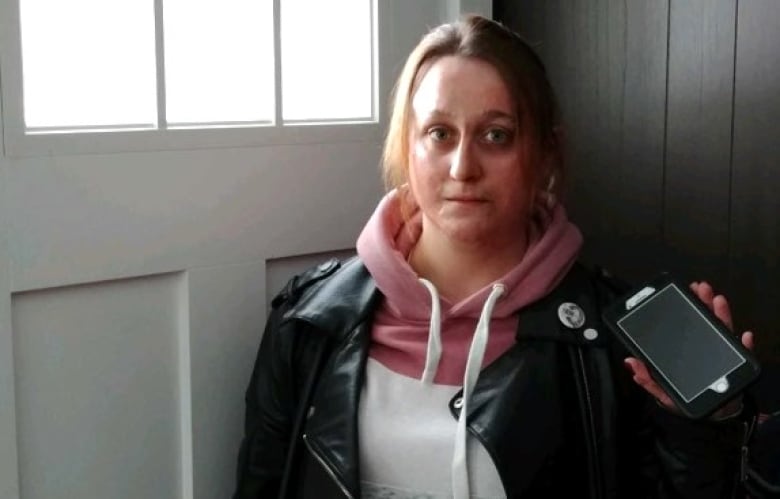 Joy Zylster and her husband, Dave, are struggling to pay an $1,800 wireless phone bill they said they had no idea was coming. (submitted by Joy Zlystra)

When she got her plan, Gunn-LaBrie believed she had signed up her son for unlimited Canada-wide calling. She only learned of the unexpected charges when she opened both her November and December bills in early December.

“It was an absolute shock,” she said. “I had no idea it could get that high that fast and without warning.”

Bell said it sent 11 text alerts about mounting charges to the user racking them up, and that Gunn-LaBrie is listed as the account holder on each line on her plan.

She said her son recalls receiving a few alerts, but he ignored them because he thought they involved his mom’s bill and that she would get them too — but she didn’t.

Bell also said it called three times and left messages. Gunn-LaBrie said she received no calls and, after inquiring, her son recalled being contacted by Bell, but was unclear what it was about.

‘I should have received a notification’

Joy and Dave Zylstra in Edmonton are also still struggling to pay off  a big Bell bill: $1,800 in texting charges to the U.S., recently racked up by their 14-year-old daughter on the family’s shared plan.

Again, only the daughter’s phone received Bell alerts, which she ignored, thinking they weren’t meant for her.

“I should have received a notification,” said Dave Zylstra. “I could have immediately realized there was an issue and dealt with it.”

Desiree Goodwin of Port Elgin, N.B., also wishes she had received a notification after getting a surprise $635 Telus bill in long distance and talk minutes charges. They were run up by her son — aged 18 at the time — from mid-October to mid-November on the family’s shared plan. 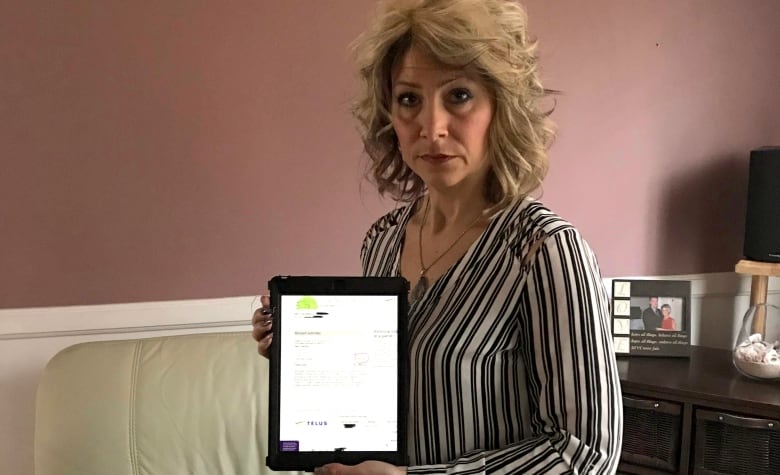 Desiree Goodwin of Port Eglin, N.B., said she was near tears when she received a Telus bill for $635 in overage charges. Telus cut the bill down to $292. (submitted by Desiree Goodwin)

Telus refunded $343 of the amount “as an act of goodwill,” leaving Goodwin with a $292 bill. The telco also said that it helped Goodwin remedy the problem by switching her son’s plan to a similarly priced one with unlimited nationwide talk and text.

“I was almost in tears,” said Goodwin when she first discovered the charges. “There should be a limit that you can set.”

That limit is already in place — but only for data and roaming fees, not for long distance, talk minutes or texting charges.

The CRTC mandates that telcos must cut customers off once they hit $50 in data or $100 in roaming fees — unless customers consent to further charges.

In the case of shared plans, the account owner must provide that consent — a rule the CRTC introduced in 2017 following complaints about teens running up data charges.

Consumer advocate John Lawford believes the CRTC’s rules for data and roaming charges should apply to all wireless fees.

“You just shouldn’t have to open up your bill and go, ‘Oh, it’s four figures.’ Most people can’t afford that.” 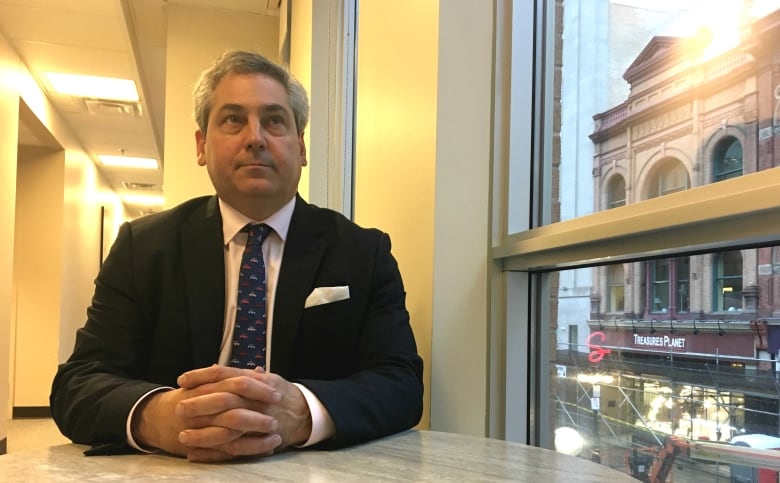 Consumer advocate John Lawford says all fees should be treated equally when it comes to regulations protecting consumers from bill shock. (Jonathan Dupaul/CBC)

In an email to CBC News, the CRTC said that when it created its Wireless Code regulations in 2013 and then updated them in 2017, it was determined that data and roaming charges were the main sources of bill shock.

But that’s not always the case. Respondents in the latest CRTC-commissioned survey cited long distance fees as the third biggest reason for customers’ bill shock, following data and roaming charges.

In a previous CRTC survey conducted in September 2016, talk minute overages was cited as the third largest culprit, following data and roaming charges.

The big three telcos, Bell, Telus and Rogers each said that they provide customers with online tools to help them closely monitor all lines in a phone plan. They also said that customers can modify their plans to incorporate unlimited offerings if they’re running up overage fees.