In a statement on its website, the airline said it has ceased operations, and as a result “all WOW Air flights have been cancelled.”

The airline encouraged customers who had paid for their ticket with a credit card to check whether the credit card company would refund the price of their ticket, and directed passengers to other airlines to try to find alternative routes to their destinations.

WOW Air rival Icelandair is trying to scoop up some of those stranded travellers by offering a seat on any of their flights, where available, for a discounted price.

Founded in 2011 by entrepreneur Skuli Mogensen, WOW Air offered ultra-cheap flights between Europe and North America, often for as little as $99 before fees and taxes.

Every flight began or ended in the Icelandic capital of Reykjavik, which helped spur a tourism boom in the country as passengers took layovers in the island nation on their way between the two continents. All in all, the airline flew roughly 3.5 million people last year.

According to aviation tracking service Air Fleets Inc., WOW had about a dozen jets in service, with another five in storage that it planned to use on expanded routes. All of WOW’s planes are made by Airbus.

The airline had 27 flights scheduled to take off on Thursday. All are grounded, stranding roughly 2,700 people. 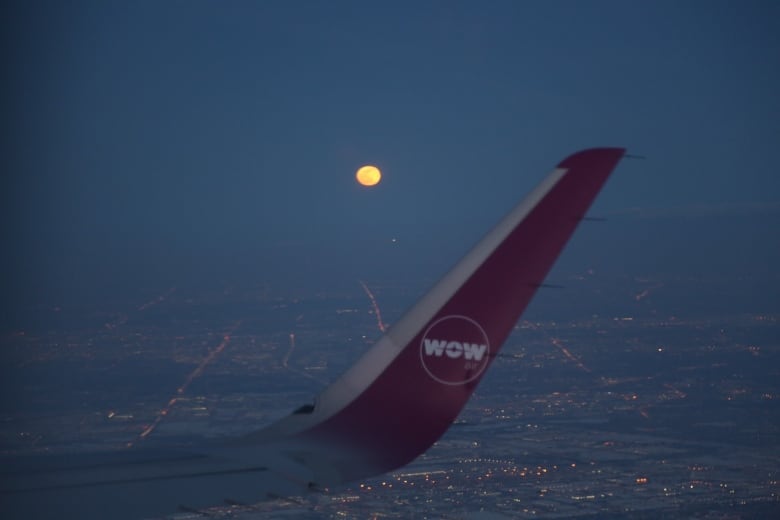 About 2,700 people were stranded when the sun set on WOW Air’s business. (Martin Trainor/CBC)

Canadian Alex Spence is one of them.

She flew on WOW for a conference in Berlin, and is struggling to find her way home.

“I have heard absolutely nothing from WOW Air,” she told CBC News on Thursday, “but earlier this week I did receive quite a few emails encouraging me to upgrade my seat or check more bags, so they were definitely active in asking for more money the past few days.”

Another Canadian, Erin McBurney, was trying to get home to Canada on Thursday morning with friends she was travelling with when they discovered that their WOW tickets were worthless.

“We had nobody to talk to through the company that could provide us any information about when or if future flights would be taking off,” she said.

After looking at numerous options, including one direct one-way flight that would have cost $5,000, McBurney said she and her friends found seats on Polish carrier Lot for $1,300 Canadian that should get them back to Pearson airport on Thursday evening. 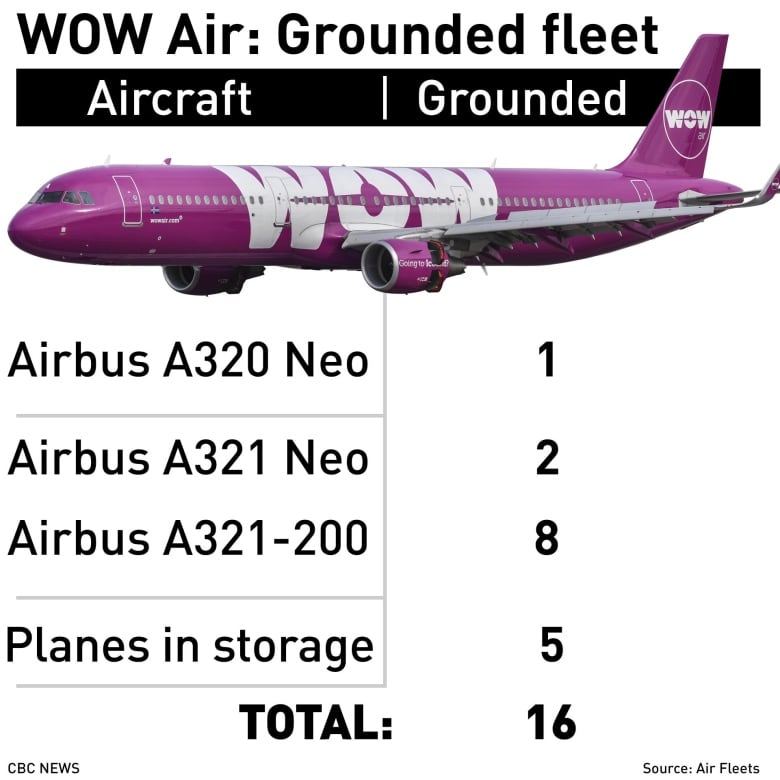 WOW Air had about 11 planes in operation when the airline folded. (Scott Galley/CBC)

“Unsure of what other options would arise and wanting to be home we paid this, which was more than we were anticipating to spend,” she said. “Our trip as a whole was less expensive than our one flight home.”

The company may not have been saying much to its passengers on Thursday, but in a letter to employees, WOW founder Mogensen expressed his disappointment in what has happened.

“I will never forgive myself for not acting sooner,” Mogensen said. “WOW was clearly an incredible airline and we were on the path to do amazing things again.”

Halifax-based passenger rights advocate Gabor Lukacs said WOW’s failure should be laid at the feet of regulators who allowed it to fly with financial difficulties that left customers vulnerable. He said there are laws already on the books in Canada that should have forced changes to protect consumers before this happened, but they weren’t enforced.

“Once an airline goes bankrupt it’s too late to intervene,” he said in an interview. “The purpose of regulation is to deal with situations before they go bankrupt to protect the public from such economic harm.”

Lukacs said it seems like authorities in Canada are happy to let discount airlines such as WOW flout regulations while they give established carriers more scrutiny.

“The government wants to create a two-tiered system where you have large airlines which perhaps more wealthy people can buy tickets on, and you have those low cost airlines where in the government’s mind the riff-raff can fly and there you have no rights,” he said.

While customers feel left in a lurch, the news does not come as a complete surprise to those who follow the industry closely. 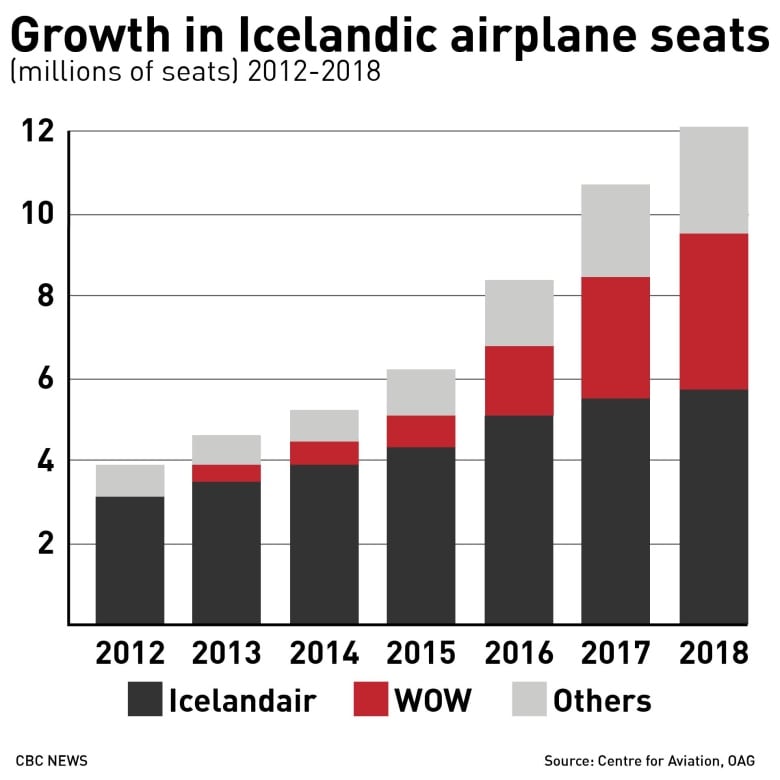 Travel to Iceland has been increasing briskly in recent years and some of that growth has been linked to WOW Air. (Rob Easton/CBC)

By aggressively adding new destinations, WOW had seen a steady uptick in the number of passengers it carried every year. But the airline never scaled up enough to cover its costs, with average revenue per passenger falling by 2017, according to the company’s last earnings report.

WOW had been trying to find an investment or bailout or buyer for itself since the middle of last year. WOW was negotiating to merge with flag-ship carrier Icelandair, but that deal fell apart. The airline then tried to strike a deal with Indigo Partners, an American company operating the airline Wizz, but that didn’t come to pass, either.

The resulting bankruptcy has left passengers like Spence not knowing what do to next.

“I always had very good experiences with them so this was not exactly what I expected to occur,” she said. 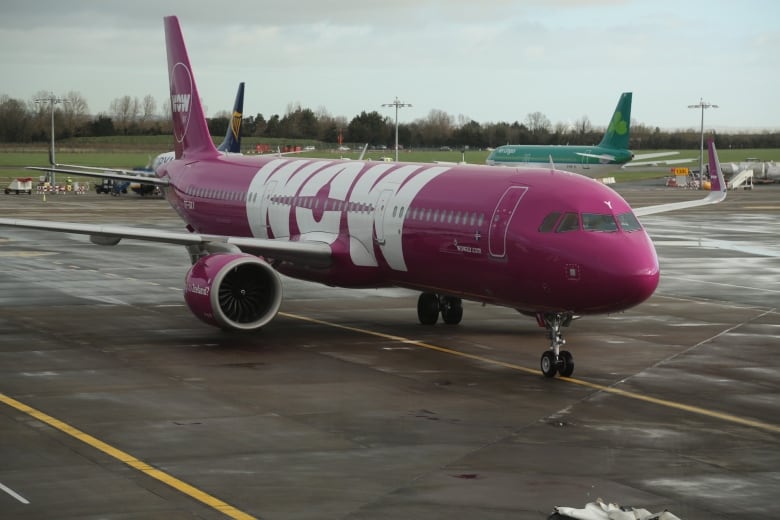 Roughly one out of every three people who visited Iceland last year came on a WOW Air flight. (Martin Trainor/CBC)

In Europe, Reykjavik-bound planes from seven cities — Amsterdam, Dublin, Paris, Brussels, Berlin, Frankfurt and Copenhagen — did not take off Thursday. One airplane from WOW was grounded as collateral by Iceland’s airport operator, which reportedly has a $16 million US claim for unpaid landing fees against the airline.

The news isn’t just bad for WOW and its customers. It’s a problem for Iceland, too. Tourism is a major industry for the country, making up 43 per cent of its GDP in 2017, according to official data.

The tourism boom in recent years coincided with the launch of WOW, as visitors to the country quadrupled since WOW’s flights started in 2012.

Data from Iceland’s tourism authority shows that more than 100,000 Canadians visited Iceland last year, making Canada the fourth most common source of tourists for the country, after the U.S., the U.K. and Germany. About one-third of Iceland’s visitors last year did so by flying on a WOW Air flight.